What Are the Best Times to Call Customers? - 4 Rules 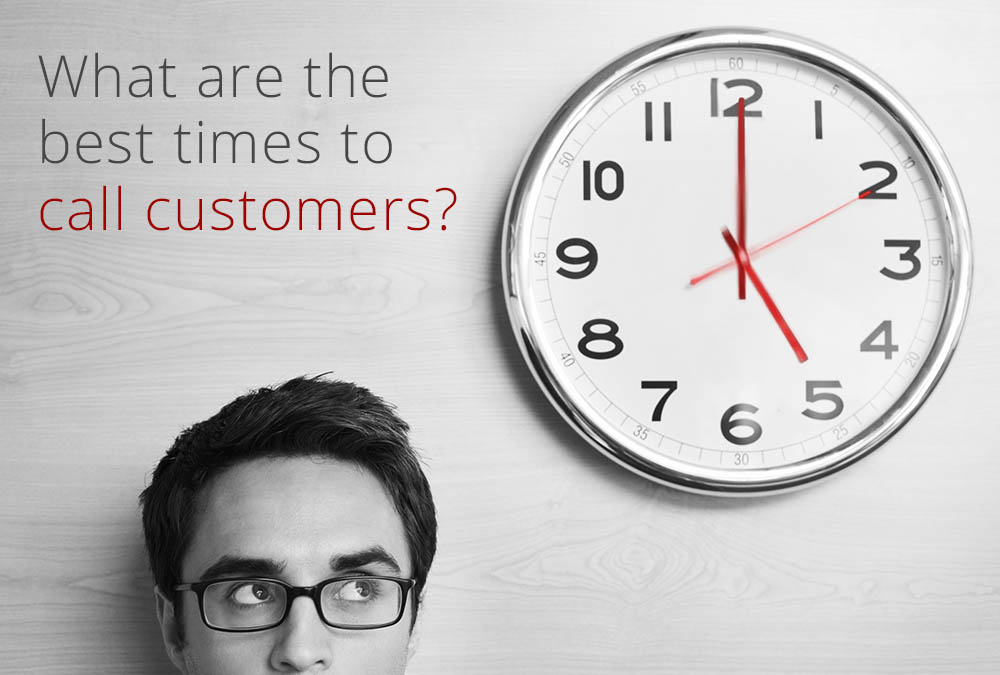 Professor James Oldroyd of MIT helped lead a survey and study with Inside Sales. The purpose of these studies was to unearth statistical data about the correlation between timing of calling to web leads to the success of contacting and converting these leads.

The studies examined 3 years of data, over 15,000 leads, and over 100,000 call attempts, and the data was overwhelming: Call a lead within 5 minutes of receiving it and you are nearly 900% more likely to actually get a hold of them, and 21x more likely to qualify them.

But what if a lead comes in during your off-hours? Say 1 o’clock in the morning, or during Sunday family dinner? When should you call those leads?

Here’s some statistics for the best time to call a lead:

1. After 20 hours, each subsequent dial actually hurts your likelihood of contacting and converting a lead, so dial carefully.

Have you ever had those obnoxious telemarketers that leave voicemail after voicemail after voicemail, to the point where you probably wouldn’t answer their call even if someone paid you to? Don’t be that person. The first 20 hours after receiving a lead are important, so do your best to make several phone calls during that time since that’s when you’re most likely to contact and convert a lead. After 20 hours have passed, instead of a “spray and pray” method (calling at random and hoping for a good outcome), strategize for the best days of the week and times of the day to contact your lead to increase the likelihood that you’ll get a hold of them.

There are two peaks during the day where the likelihood of contacting and converting a lead line up, and those times are 8-9 a.m. and 4-5 p.m.

1. For the best possible conversion rate, call your lead within 5 minutes of receiving their information.

2. If you receive a lead during off-hours, do your best to call within at least 20 hours of receiving them.

3. Start your mornings, 8-9 a.m., making calls. That’s when you’ll have the highest qualification rate and a reasonably good contact rate.

4. End your days, 4-5 p.m., making calls. That is when you are most likely to contact and qualify someone.

Sales Automation - Can It Be Done?

Lead Nurturing Needs Are On The Rise - Here's Why